The monster competition that was run by our friends and supporters, Fairly Influential, announced the winning monster last week. With over 50 entries submitted the task of choosing a winner was handed to Maria and Mark and boy, did they have a hard time deciding as the entries were so good.

In the end it came down to five and the outright winner was, LOLLY MONSTER and as you can see below she has now been turned in to a full colour graphic by David Officer of Doodle Juice Design to be used on t-shirts, modelled by Penny who drew Lolly Monster and other promotional items that will support the charity.

The lolly monster will also feature in a new children’s book that will be written by Mandy Ward, which will be fantastic. 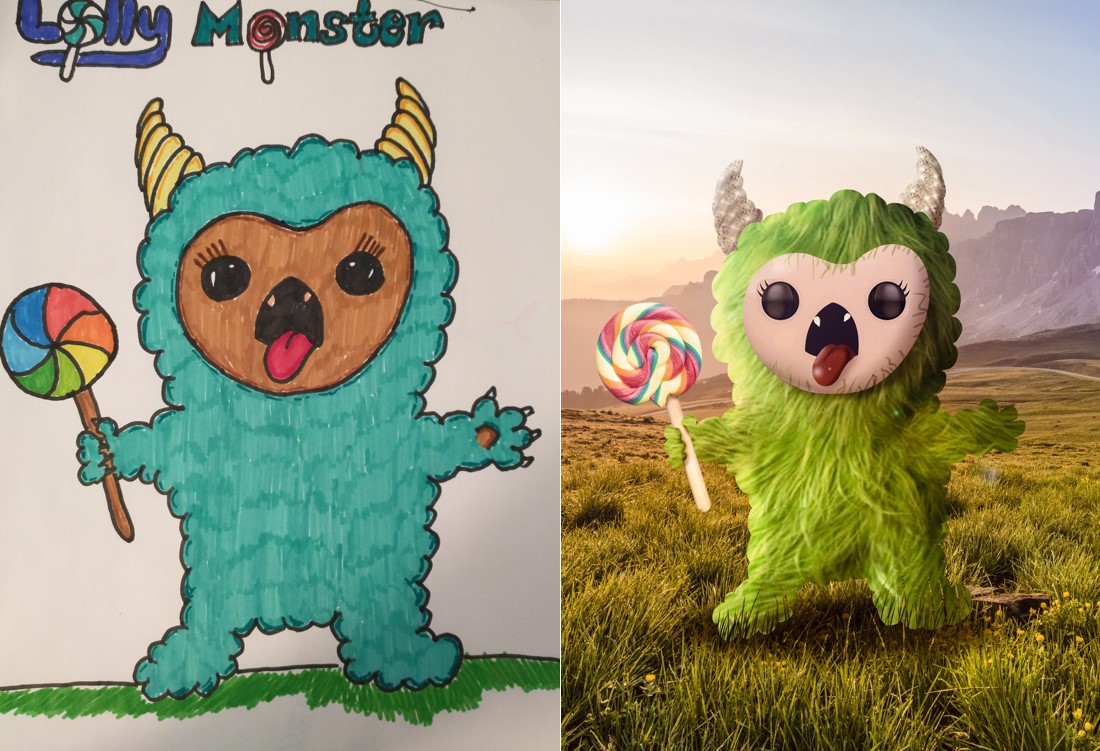